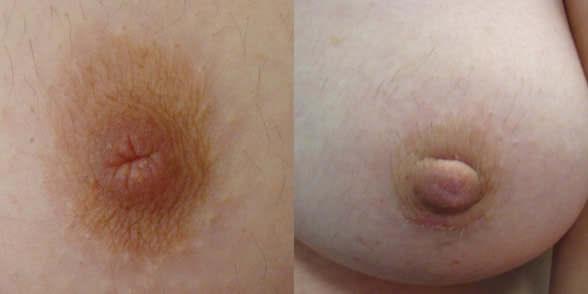 Inverted nipple is mainly a hereditary condition and can occur in one or both breasts (Figure 1). From the point of view of a plastic surgeon, the correction of this condition is simple. It is performed under local anesthesia and it takes about 30 minutes. The nipple can rarely "protract" during breastfeeding. In most cases, the nipples remain inverted and all attempts to draw them out by using breast pump, breastfeeding with a silicone nipple, remain without success. Some patients are afraid that the surgical nipple correction will later interfere with breastfeeding, but the available data on the topic are quite opposite. This is actually the only way to breastfeed your baby without any difficulties. 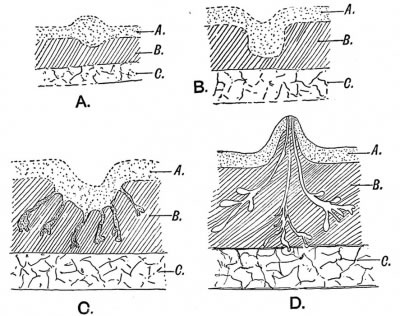 Connective fibers that retract the nipple at the same time retract milk ducts. Therefore, during the surgical intervention the correction is performed on the milk ducts as well, thus removing obstacles. The embryologic breast development through several stages is presented on the Figure 2. If breast development process comes to a halt in its final stage, a woman can have a problem of inverted nipples. In addition, the psychological effect should not be neglected. Inverted nipples can cause the development of various complexes. Therefore, the problem with inverted nipples should be corrected in a timely manner.

E-mail: This email address is being protected from spambots. You need JavaScript enabled to view it.

Recommendation for accommodation: Apartments near the clinic